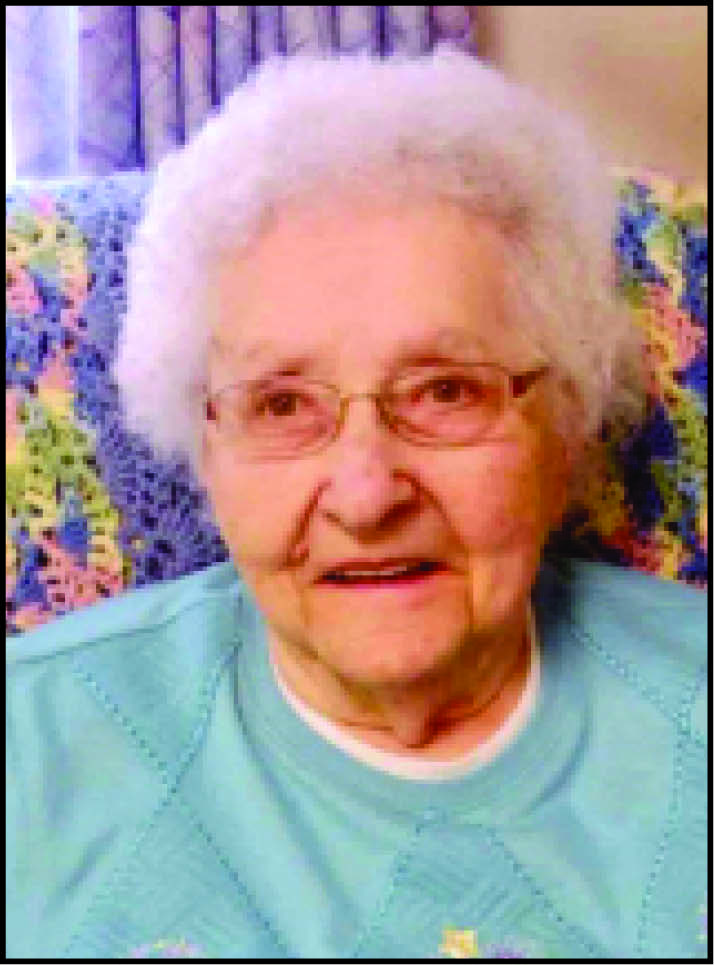 Nellie Lena Van Ginkel was born April 27, 1922, in rural Hull, the daughter of Cornelius and Anna (De Boer) Van Ginkel. She was raised in Hull where she attended school through eighth grade.

On Oct. 24, 1941, she married Harvey Franklin Brunsting. They made their home in Hull where she was a housekeeper at the telephone office and at Pizza Ranch headquarters. She also worked at a grocery store and Radio and TV Center, both in Hull. In earlier years, she and her mother catered many functions, especially weddings, and she worked in the kitchen at Western Christian High School. Her husband passed away July 28, 1975.

She was preceded in death by her parents; husband; son, Conrad Brunsting; a grandson in infancy; two brothers, Lewis and Peter Van Ginkel; and a brother-in-law, Frank Ver Hey.