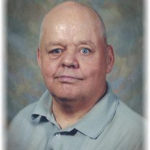 On Sept. 26, 1972, he married Delores “Lori” King. They lived Spirit Lake, Lake Park and Melvin, Iowa. He was janitor at Melvin Elementary School three years until it closed, then worked for Graves Construction and Heartland Construction. In 1986, the moved to the Hatting farm near Ashton.