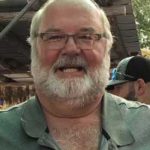 Wayne Allen Steenhoven was born Feb. 10, 1954, at Montevideo, Minnesota, the son of Arie and Alice (Pollema) Steenhoven.  His family moved to northwest Iowa where he attended school at Boyden until the second grade. The family then moved west of George, where he attended school and graduated from George High School in 1972. He worked at Coop Oil and attended Northwest Iowa Technical College for welding. He worked at Demco in Boyden and soon after started driving truck. He was a driver/operator and later owned and managed two trucks that delivered loads for Sather’s and other various companies.

On Oct. 3, 1973, he married Lucille Meendering. They farmed and lived near George.

He was preceded in death by his parents; brother, Arlen Steenhoven; father- and mother-in-law, Andrew and Ella Meendering; brothers-in-law, Harlyn Stubbe and Ed Meendering, and sister-in-law, Louella Meendering.