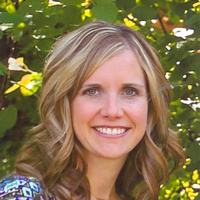 Angela DeRuyter, 34, of Tea, South Dakota, passed away from injuries she received in a traffic accident Thursday, Feb., 21, 2019.

Angela Joy Baartman was born May 11, 1984, at Sheldon, Iowa, the daughter of Randall and Lois (Overman) Baartman. She grew up and attended school in Hull, Iowa, graduating from Boyden-Hull High School in 2002. She went on to earn a degree in nuclear medicine technology from Southeast Technical Institute in Sioux Falls, South Dakota. She had worked as a nuclear medicine technician at the University of Minnesota, Minneapolis and currently at Avera McKennan Hospital, Sioux Falls, South Dakota

On April 22, 2006, she married Jon DeRuyter. The couple made their home in Andover, Minnesota, seven years and then moved to Tea, where they have lived for the past six years.

Survivors include her husband; sons:, Landon and Gabriel, both of Tea; her parents; brothers, Adam (Michelle) Baartman of Tea and Kyle Baartman of Hull; Jon’s parents, Arnie and Janie DeRuyter of Rock Valley; grandparents, Johanna Overman of Sioux Center, Iowa, Kenneth and Shirley Baartman of Boyden, Iowa, and Wallace Jones of Mitchell, South Dakota; Jon’s sisters: Kristi DeRuyter of Arizona and Heidi (Phil) Wilson of Tea and other relatives and friends.

She was preceded in death by grandparents, Marion Overman, August DeRuyter, Gertrude DeRuyter and Fern Jones.