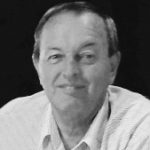 Darrell Lee was born July 29, 1951, in Sioux Center, Iowa, the son of Peter and Leona (Faber) Noteboom. He was raised in Orange City, where he attended Orange City Christian School and graduated from Unity Christian High School. He then attended Dordt College in Sioux Center two years before becoming part of the 185th Air Guard in Sioux City, working as a jet engine mechanic.
On March 10, 1973, he married Kathryn Branderhorst. They made their home on a farm near Hawarden, Iowa, where he crop farmed, and raised cattle, sheep and hogs. He worked at Daale Trucking in Hawarden and Ireton Co-op and Professional Nutritional Management, both in Ireton, Iowa. In 1992, they moved to Alton, Iowa, and he worked for Orange City Trailers. In March 2018, he became a resident of the Happy Siesta Care Center, Remsen, Iowa, and in August, he transferred to Prairie Ridge Care Center.
Survivors include his wife; three children, Shanelle (Ryan) Raines of Alton, Nick (Maria) Noteboom, of Orange City and Shondra (Evan) Wielenga of Hull; eight grandchildren; his mother of Orange City; two brothers, Mark (Barb) Noteboom of Orange City and Peter (Jeanette) Noteboom, of Toronto, Canada; and several nieces and nephews.
He was preceded in death by his father.