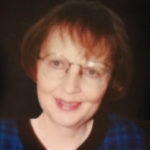 Donna Mae Reyelts was born Nov. 4, 1944, in Sheldon, Iowa, to William and Hendrika (Scholten) Reyelts. She grew up and attended country school near Hull, Iowa. She graduated from Boyden-Hull High School in 1963 and from Personnel Training Institute in Omaha, Nebraska, Jan. 30, 1964. She then took a secretarial position with the U.S. Navy Department in the Washington, D.C., area.

She was preceded in death by her parents; daughter, Cindy Gingras; sister, Karen Stueven, and two brothers-in-law, Paul Hindbjorgen and Charlie Bryson.