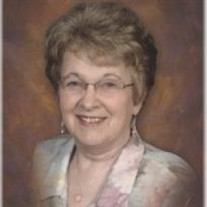 Norma Humme was born Feb. 2, 1937, near Hull, Iowa, daughter of Arnold and Cornelia “Kate” (Vos) Humme. She graduated from Hull High School in 1955 and attended Northwestern Junior College in Orange City one year. She was employed by the ASC office in Orange City three years.

She was preceded in death by her parents; brothers, John and his wife, MaryAnn, James and David Humme; sister, Nelverne Marra and her husband, Ted.