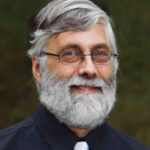 On June 8, 1973, he married Betty Jane Top. The couple first made their home near Doon, Iowa, and later moved to Inwood before settling in Orange City in 1976. He worked as a diesel mechanic at several shops before accepting a position at De Jong Oil and Repair in Orange City where he worked more than 34 years.

He was preceded in death by his parents; his wife’s father and stepfather, John Top and Arnold De Jong; and a brother-in-law, Marion Case.