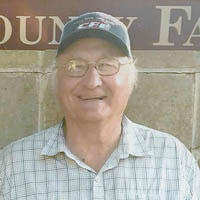 Dean Schmith was born Dec. 10, 1940, near Doon, Iowa, to Arthur and Amy (Techen) Schmith. The family moved to a farm near Paullina, Iowa, where he attended Lutheran Parochial elementary school. The family then moved back to the Doon and George area and Dean finished high school in Doon.

He was preceded in death by his parents; brother, Dale Schmith; brother and sister-in-law, Wesley and Connie Schmith; one grandson and one great-granddaughter.