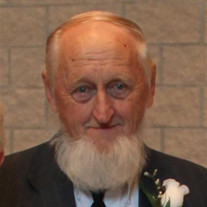 Bernard Jacobsma was born Sept. 24, 1938, in Rock Valley, Iowa, to Bert and Hattie (Van Maanen) Jacobsma. He was raised in Rock Valley and attended Christian school in town.

On Jan. 25, 1961, he married Kathleen Oostra. The following year, the couple moved to Doon where they lived four years until 1966, when they relocated to Inwood, Iowa. In 1974, the family moved to Luverne. Through his work life, Bernie worked as a farmer and in the yard sorting animals at IBP.